On the occasion of ITU’s 150th Anniversary, ITU150 Awards recognize individuals from government, ICT industry, academia, and civil society that have contributed to improving lives of world citizens through ICT innovations developed, promoted or implemented by ITU.

Bill Gates is co-chair of the Bill & Melinda Gates Foundation. Along with co-chair Melinda Gates, he shapes and approves grant-making strategies, advocates for the foundation’s issues, and helps set the overall direction of the organization. Bill and Melinda Gates work together to expand opportunity to the world’s most disadvantaged people by collaborating with grantees and partners. They also participate in national and international events and travel extensively to focus attention on the issues the foundation champions. Gates began his major philanthropic efforts in 1994, when he created the William H. Gates Foundation, which focused on global health. Three years later, he and Melinda created the Gates Library Foundation, which worked to bring public access computers with Internet connections to libraries in the United States. Its name changed to the Gates Learning Foundation in 1999 to reflect its focus on ensuring that low-income minority students are prepared for college and have the means to attend. In 2000, to increase efficiency and communication, the two groups merged into the Bill & Melinda Gates Foundation. In 1975, Gates left Harvard University in his junior year to focus on Microsoft, the company he founded with his childhood friend Paul Allen. As chief software architect and chairman, Gates led the company to become the worldwide leader in business and personal software, services, and solutions. In July 2008, Gates transitioned into a new role as chairman of Microsoft and advisor on some key development projects. 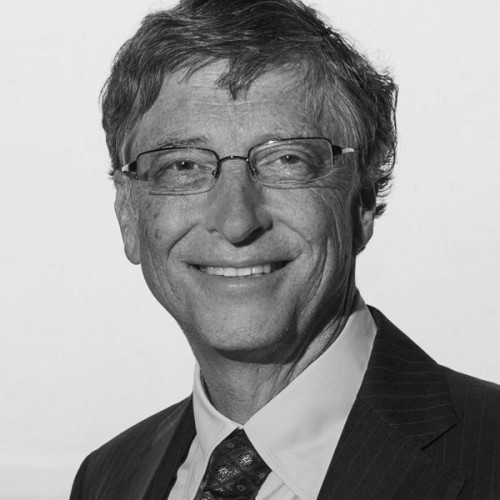 Robert E. Kahn is Chairman, CEO and President of the Corporation for National Research Initiatives (CNRI), which he founded in 1986 after a 13-year term at the United States Defense Advanced Research Projects Agency (DARPA). CNRI is a not-for-profit organization for research and development of the National Information Infrastructure. Following a Bachelor of Electrical Engineering from the City College of New York in 1960, and MA and PhD degrees from Princeton University in 1962 and 1964 respectively, Dr Kahn worked at AT&T and Bell Laboratories before he became Assistant Professor of Electrical Engineering at the Massachusetts Institute of Technology (MIT). He took a leave of absence from MIT to join Bolt Beranek and Newman, where he was responsible for the system design of the Arpanet, the first packet-switched network. In 1972, Dr Kahn moved to DARPA and subsequently became Director of its Information Processing Techniques Office. There he initiated the United States government’s Strategic Computing Program. Dr Kahn conceived the idea of open-architecture networking. He is a co-inventor of the TCP/IP protocol, and was responsible for originating DARPA’s Internet Program. More recently, Kahn has developed the concept of a digital object architecture to provide a framework for interoperability of heterogeneous information systems. He is also co-inventor of Knowbot programmes, mobile software agents in the network environment. Among his numerous awards, Kahn received the ITU World Telecommunication and Information Society Award in 2010, the Presidential Medal of Freedom in 2005, and the National Medal of Technology in 1997. 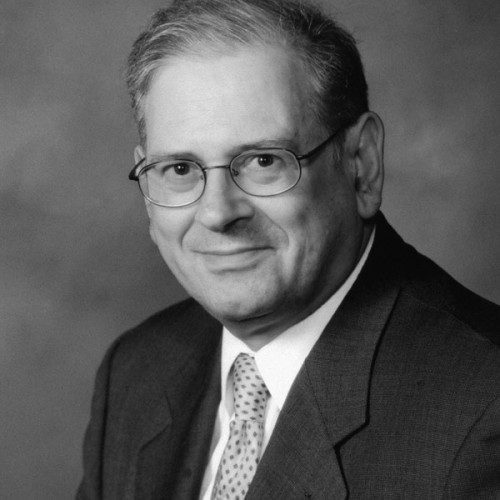 Thomas Wiegand is a professor in the department of Electrical Engineering and Computer Science at the Technical University of Berlin and is jointly heading the Fraunhofer Heinrich Hertz Institute, Berlin, Germany. He received the Dipl.-Ing. degree in Electrical Engineering from the Technical University of Hamburg-Harburg, Germany, in 1995 and the Dr.-Ing. degree from the University of Erlangen-Nuremberg, Germany, in 2000. As a student, he was a Visiting Researcher at Kobe University, Japan, the University of California at Santa Barbara and Stanford University, USA, where he also returned as a visiting professor. He was a consultant to Skyfire, Inc., Mountain View, CA, and is currently a consultant to Vidyo, Inc., Hackensack, NJ, USA. Since 1995, he has been an active participant in standardization for multimedia with many successful submissions to ITU-T and ISO/IEC. In 2000, he was appointed as the Associated Rapporteur of ITU-T VCEG and from 2005-2009, he was Co-Chair of ISO/IEC MPEG Video. The projects that he co-chaired for the development of the H.264/MPEG-AVC standard have been recognized by an ATAS Primetime Emmy Engineering Award and a pair of NATAS Technology & Engineering Emmy Awards. For his research in video coding and transmission, he received numerous awards including the Vodafone Innovations Award, the EURASIP Group Technical Achievement Award, the Eduard Rhein Technology Award, the Karl Heinz Beckurts Award, the IEEE Masaru Ibuka Technical Field Award, and the IMTC Leadership Award. He received multiple best paper awards for his publications. Thomson Reuters named Wiegand in their list of “The World’s Most Influential Scientific Minds 2014” as one of the most cited researchers in his field. 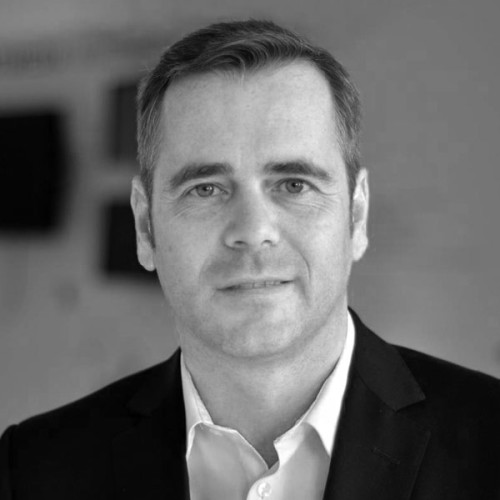 Mark I. Krivocheev was born in the USSR on 30 July 1922. He graduated from the Moscow telecommunications Institute in 1946. In 1966, he became Doctor of Technical Sciences and in 1968, he was awarded the rank of Professor. In 1992, he became a Corresponding Member of the Academy of Technological Sciences of the Russian Federation. Mark I. Krivocheev is best known outside Russia for his work in the International Radio Consultative Committee (CCIR) of the International Telecommunication Union. In 1970 he became Vice–Chairman of CCIR Study Group 11 (Television) and in 1974 he was elected Chairman. His function was to coordinate studies in television broadcasting. The proposal for a world television digital standard (Recommendation 601) earned ITU-R the Emmy Engineering Award. Other recent texts of prime importance adopted by the ITU-R are Basic parameter values for the HDTV standard for the studio and for international programme exchange (Recommendation 709); Method for the subjective assessment of the quality of television pictures, etc. in high–definition television (Recommendations 500–4 and 710). He has received many government awards and the USSR State Prize. In 2007, he was named laureate of the ITU World Telecommunication and Information Society Award. The Montreux Symposium gave him its Gold Medal in 1987, and the EBU awarded him a certificate on the occasion of the 60th anniversary of the CCIR in 1988. In 1990, following the adoption of CCIR Recommendations on HDTV, his achievements were praised around the world: NANBA awarded him a special plaque, the Australian Department of Communications and Broadcasting awarded him a certificate, and France has made him a Chevalier de l’Ordre National de Mérite. 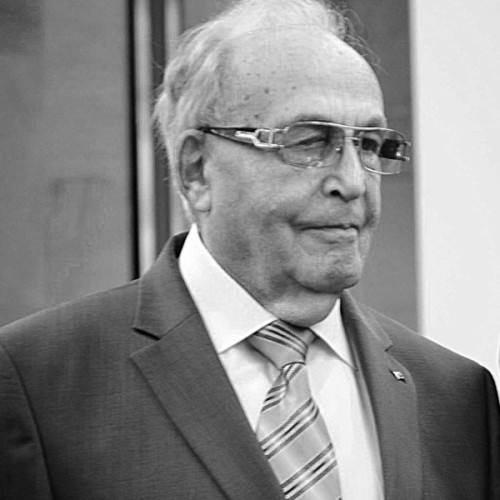 Martin Cooper is a pioneer in the wireless communications industry; an inventor, entrepreneur and futurist. He has been a contributor to the technology of personal wireless communications for over 50 years. He conceived the first portable cellular phone in 1973. Cooper knew then that people needed the freedom that comes from anywhere, anytime telephony in contrast to being tethered to a desk or a car. He has been referred to as the ‘father’ of portable cellular telephony and is recognized as an innovator in spectrum management. Cooper was a submarine officer in the U.S. Navy. Following military service, he became a division manager and head of R&D for Motorola over his 29-year tenure at the Company. As a serial entrepreneur, Cooper has started a number of businesses including co-founding GreatCall, Inc., maker of the Jitterbug phone and service, ArrayComm, the world leader in smart antenna technology and Dyna LLC, a business incubator, where he currently serves as Chairman. Cooper is a member of the National Academy of Engineering and was an inaugural member of the Wireless History Foundation (WHF) Wireless Hall of Fame. He is the recipient of the IEEE Centennial Medal, was awarded the Prince of Asturias Prize for Science and Technology; is a co-recipient of the Charles Stark Draper Prize; one of the world’s preeminent awards for engineering achievement, and the 2013 winner of the coveted Marconi Prize. Most recently, Cooper was awarded the IEEE Masaru Ibuka Consumer Electronics Award. Cooper holds a B.S. and an M.S. in Electrical Engineering from the Illinois Institute of Technology on whose board of Trustees he serves. He also serves on committees of the Federal Communications Commission and the United States Department of Commerce. 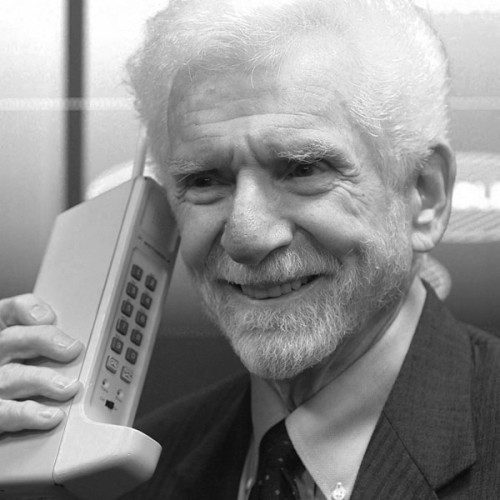 Born in Tokyo in 1951, Ken Sakamura received a Ph.D. in Electrical Engineering from Keio University, Japan in 1979, and subsequently became a research associate at the University of Tokyo, where he has stayed ever since. Currently, he is a professor of the Interfaculty Initiative in Information Studies at the Graduate School of the University of Tokyo, the director of the YRP Ubiquitous Networking Laboratory (UNL for short), and the chair of TRON Forum and uID Centre. He has been the leader of TRON Project since 1984, and has designed the TRON open computer system architecture which will be useful for ubiquitous computing of the future. Today, the real-time operating systems based on the TRON specifications are used for engine control on automobiles, mobile phones, digital cameras, and many other appliances, and are believed to be the among most popular operating systems for embedded computers around world. The R&D results from TRON Project are useful for ubiquitous computing. For example, UNL joined the standardization efforts at ITU-T and helped produce a series of Recommendations, including H.642 “Multimedia information access triggered by tag-based identification”. The idea behind H.642 series is based on de facto “ucode” standard developed by UNL for communication in the age of the Internet of Things. For his achievements, Sakamura has won many awards: Takeda Award, the Medal with Purple Ribbon from Japanese government, Okawa Prize, Prime Minister Award, and Japan Academy Prize. He is a fellow and the golden core member of the IEEE Computer Society. 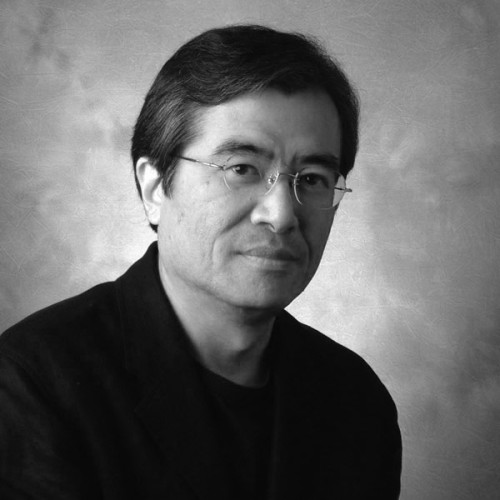