Navigating the seas safely is not just important for the lives of the people on board; shipping plays a vital role in today’s economy, with over 90 per cent of the world’s trade carried by sea. Having navigated the seas for 20 years and rising to the rank of Master Mariner, Captain Bill Kavanagh now trains the next generation of Officers at the National Maritime College, Ireland.

If you ask any seafarer their reason for going to sea, chances are they will all tell you the same thing: to see the world. At the age of 18, I circumnavigated the world in six months on my second trip as a cadet. The coastal voyage took me to Spain, South Africa, India, Japan, and beyond. Since those first trips at sea, I have commanded a 100 meter long, 3,500 tonne ship across Europe, and navigated a 174 metre, 27,000 tonne ship through the Persian Gulf.

Though these vessels may seem large, 94 large ships went missing in 2013. At any given point, you can be hundreds of miles from the coast, with help hours, even days, away. But navigating the seas safely is not just important for the lives of the people on board. Over 90 per cent of the world’s trade is carried by sea; the efficient transportation of cargoes impact on both consumers and the global economy. A typical passenger ship might consume over 200 tonnes of fuel per day, so fuel efficiency is important to retain competitiveness.  A collision could cause a breach in the hull of the fuel tank and cause extensive damage to the marine ecosystem. Therefore, safe navigation is paramount.

After 20 years on board, sailing multiple routes on a variety of ships with different crews, I know that each role on-board plays a vital part in ensuring a ship’s safe passage between ports.

WRC-15 agenda items 1.15 and 1.16 are crucial for the maritime industry, as they seek to enhance and update current maritime communication capabilities to ensure the highest level of safety and efficiency possible.

Rising up the ranks

Becoming a Master Mariner was the culmination of a decade of experience at sea, coupled with gaining professional qualifications from Cork Regional Technical College (now Cork Institute of Technology (CIT)) in Ireland.

My first role on the ship as a cadet at 17 years old was exciting: I learnt about life on board, gained valuable experience in a variety of jobs on deck, and was trained to run a ship smoothly through long trips in international waters.

This expertise was expanded and developed throughout my career at sea. At 20, I became a Third Officer, responsible for maintaining fire and safety equipment, loading and unloading cargo, and taking watch on the bridge. Two years later, I was promoted to Second Officer, planning routes through the Pacific and Atlantic Oceans, calculating positions and voyage details such as estimated times of arrival. I was Chief Officer at 27, responsible for the day-to-day running of the ship, including overall maintenance and cargo – a job that involved a lot of paperwork!

I became Master Mariner at 29. A Captain is a team leader who ensures the well-being of their crew and cargo. As the ship’s commander, I was responsible for all aspects of life on board: from navigation and engineering maintenance, to cargo and communications between suppliers, ports and other ships. 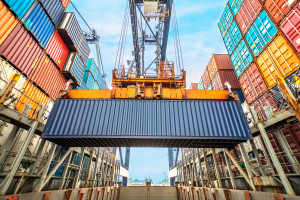 Through the Radicommunication Sector (ITU-R), ITU works to develop and update maritime communications systems and to improve the safety record of shipping. ITU does this through a number of key publications and the Maritime mobile Access and Retrieval System (MARS) database. Mohan Das, head of Maritime Service Publications Section, explains the importance of these publications for the safe navigation of ships and how this information is published in the ITU Blog, ITU’S Role in Ensuring Safe Maritime Navigation. Read the full blog here, or listen to the podcast.

Navigation is dependent on three things: you must know where you are, where you are going, and where you came from. Being able to calculate this with pinpoint accuracy is vital to ensuring the safe passage of a ship. As there is a low level of danger in open waters, calculations should be accurate to within a minimum of 0.2 nautical miles (400 meters). However, as risks increase on coastal routes – rocks, coastal and wind effect, shallow water, and increased traffic –accuracy must be calculated to within 20 meters.

When I started out in my early 20s, we would physically plot our course with paper charts, using an up-to-date chart portfolio which provided information on new regulations, lighthouse markers, and any change of communications and navigational aids. Waypoints, or landmarks, were plotted and joined together to form the route; these ‘legs’ from one waypoint to the next provided the journey’s distance, which, when calculated against the ship’s average speed, could estimate your arrival time in port.

Today, ships rely on computer integrated navigation. By 2018, Electronic Chart Display and Information System (ECDIS) will be mandatory on all commercial ships. This technology integrates electronic navigational charts with information from the Global Positioning System (GPS), Automatic Identification System (AIS) and radar to give continuous real-time positioning in relation to land, charted objects and unseen hazards.

An Automatic Identification System (AIS) can track the path of ships in real time – including heading, speed and rate of turn. AIS is dependent on satellite positioning, and although this equipment is very accurate for 95 per cent of the time, outages are possible; equipment can be spoofed, interfered with or turned off.

Radar is one of the most innovative navigation aids of the past 60 years and one of the biggest success stories of radio navigation. Radar is used to avoid collisions, and for detecting your distance from a position and an object for position fixing. It operates on two different frequencies: x-band and s-band. While s-band is capable of detecting targets through snow or rain, all SOLAS vessels – a passenger ship engaged on an international voyage or non-passenger ship of 500 tonnes gross tonnage or more on an international voyage – use radars that operate on the x-band. X-band radar provides better target definition and requires smaller antennas. A 24-hour watch is maintained when the ship is at sea to look for dangers that radar is unable to detect. For example, growlers, large pieces of ice, and fibre glass vessels have poor echo responses. Moreover, in times of high-density traffic, such as the English Channel, which has between 40 – 50 ships crossing between Dover and Calais at any point in time, vigilance is needed to ensure that all dangerous targets are plotted. Thus, bridge watch by visual lookout is a key navigational operation on board.

“Mobile communications are key to the success of the maritime industry because they provide the medium by which maritime safety information, ship position reporting and weather forecasts, as well as other information, can be passed to ships at sea. For a vessel in trouble, the accuracy and update rate of the reporting of the ship’s position aids rescue, potentially avoiding the loss of the ship, saving the lives of the crew or preventing an environmental disaster.”

Professional mariners spend months at sea, working in changing time zones and often in difficult weather conditions. As on-board equipment often seems ‘fool-proof’, navigators can become over-reliant on electronic navigational systems. The consequences can be catastrophic, with human error accounting for up to 80 per cent of maritime accidents.

When it comes to search and rescue, the simplest devices are the most effective. Emergency Positioning Indicating Radio beacons (EPIRB) are vital to ensuring crew safety and has saved thousands of people over the past 30 years. Once a button on the side of the unit has been pushed, or the unit comes into contact with water, it emits a signal that can be tracked by rescue services using geosynchronous satellites.

Another key technology is a search and rescue transponder (SART). Once turned on, a signal is displayed on a rescuing ship’s radar display, creating a series of dots which can be followed to the point of the emitting SART.

An additional aid to search and rescue operations and safe navigation are the Maritime mobile Access and Retrieval System (MARS) database and maritime service publications. Using the MARS database or maritime service publications, ships can easily be identified using a Maritime Mobile Service Identity (MMSI), name or call-sign. They provide detailed information on each vessels’ radio station and other vital Search And Rescue (SAR) information, such as persons on board and emergency on shore contact details. These electronic (DVD) publications can also be used by coast stations to obtain information on vessels in their waters, and are mandatory in all Maritime Rescue Coordination Centres (MRCC) worldwide. Do you have a question about using ITU’s MARS handbook? Click here for FAQs.

The first International Radiotelegraph Conference was held in Berlin, 1906. The conference also established “SOS” as the international maritime distress call. But the sinking of the ocean liner Titanic in 1912 showed the need for further improvements. Just a few months after the tragedy, the 1912 International Radiotelegraph Conference, held in London, agreed on a common wavelength of 600 meters (500 kHz) for ships’ radio distress signals. Also, every ship was instructed to maintain a three-minute radio silence at 15 and 45 minutes past each hour, when operators should listen for distress calls. Read more here.

The use of SOS as a distress signal was replaced by the Global Maritime Distress and Safety System (GMDSS) in 1998. It is a set of safety procedures, types of equipment and communication protocols which ease the rescue of distressed ships and boats. The system facilitates search and rescue coordination through automated alerting and location when the crew does not have time to send out a distress call with detailed information. Read more here. Read more about ITU-R Working Party 5B: Maritime mobile service including the Global Maritime Distress and Safety System (GMDSS); the aeronautical mobile service and the radiodetermination service here.

The Future of maritime navigation

However, as road vehicles move closer towards autonomy, there is a growing push for pilotless ships. It is estimated that unmanned cargo ships will be operational by 2035.

Yet, there are several questions to overcome before automated vehicles are commonplace. For example, how do we deal with the repercussions from a collision or accident if the radar does not detect a small fiberglass yacht or growler, which has little or no echo? How will this technology help ships navigate safely through adverse weather conditions or changing tides? Additionally, what implications will the technology have in safeguarding our marine ecosystem?

Moreover, unmanned shipping technology is not yet legal on the open water: all maritime regulations are for manned vessels. So, although unmanned ships and boats are possible, they must be accompanied by manned vehicles or have a crew on board. It will require governing authorities, such as the International Maritime Organization (IMO) and national maritime authorities, to change the regulation to ensure that it ships meet requirements for collision prevention, pollution levels, and on-board safety.

As the technology and regulations will take time to develop and deploy, ships still need a crew on board. Consequently, the future of maritime navigation, at least for the next few decades, lies with developing young, professional mariners.

The best thing about my job as lecturer at the National Maritime College of Ireland is seeing a student qualify as a ship’s officer. Over four years, students develop into young ship officers, capable of navigating 200,000 tonne cargo ships and large passenger ships – one of my previous students is now Captain of the third biggest mega-yacht in the world.

Their challenge remains the same as any seafarer that has gone before them: to ensure the safe passage of their ship and cargo, and protect the marine environment.